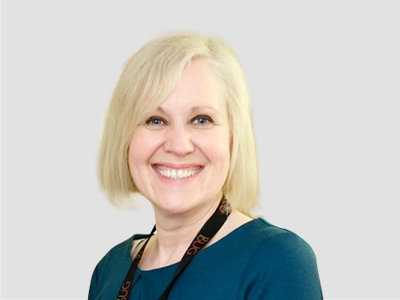 Professor Alison Birtle is a Consultant Clinical Oncologist at Rutherford Cancer Centres North West and Honorary Clinical Professor at The University of Central Lancashire. Professor Birtle specialises in the treatment of urological cancers and her MD thesis was in PSA negative prostate cancers at the Institute of Urology. She is advisor to Macmillan Cancer Support on patient information for prostate, bladder and testicular tumours, Trustee and Medical Advisor to Fight Bladder Cancer, and Secretary to the British Uro-Oncology Group (BUG). She has published widely and lectures nationally and internationally.

Professor Birtle has been Clinical Research Lead for Lancashire and South Cumbria Cancer Research Network, and more recently,  Speciality Group Lead for Cancer Research for North West Coast CRN. She is a former member of the NIHR Prostate CSG and stepped down as Chair of the Bladder/Renal NIHR Clinical Study Group in 2018 after two terms. She remains a member of the Advanced Bladder Cancer Subgroup and T2 and Below Subgroup.

Professor Birtle has been Principal Investigator and Chief Investigator on numerous urological clinical trials, and is the Chief Investigator on the POUT trial which has been incorporated into European Urology Guidelines. In 2018, she was awarded one of the national 70 stars of the NHS award by NHS England and the NHS Confederations part of the NHS 70 Anniversary. She was appointed as a member of the RCR Academic Committee for Clinical Oncology in 2021. She was also awarded NWCCRN Research Practitioner of the Year in 2018, and more locally runner up in Lancashire Doctor of the Year. Professor Birtle is on the Educational  Faculty for ESMO. She is passionate about patient access to clinical trials and believes in the mantra of a trial for every patient.

As a proud Lancastrian, she supports Preston North End and Lancashire Country Cricket Club. She also enjoys singing for a Hospice Choir in Lancaster and loves musical theatre, with recent roles at the Lancaster Grand Theatre include Sister Berthe in The Sound of Music, Violet in 9-5 and Mrs Darling in Peter Pan and was part of the NHS Voices of Care Choir performing on the No 1 single 'You'll Never Walk Alone' with Captain Sir Tom Moore and Michale Ball (performed at the Royal Variety Show).