September is Gynaecological Cancer Awareness Month, aiming to raise awareness of five types of cancer that affect 21,000 women every single year in the UK. At the Rutherford Cancer Centres, our clinical oncology teams help to diagnose and treat women with gynaecological cancer, using state-of-the-art diagnostic and treatment facilities to increase the chances of a better patient outcome. 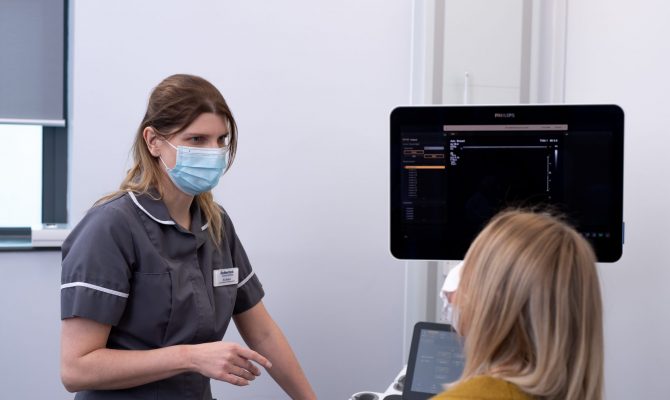 Like all cancers, the earlier it is spotted and treated, the higher the rate of survival. Unfortunately, many women don’t know the signs of gynaecological cancer or what types of cancer the term covers.

This Gynaecological Cancer Awareness Month, we want to inform as many people as possible of what gynaecological cancer is, what the symptoms are and how it’s treated, to support this campaign.

What is gynaecological cancer?

The term gynaecological cancer refers to five types of cancer that affect the female reproductive system. They are:

Some of these cancers are more common than others, although all fall under the gynaecological cancer umbrella. Each type has its own symptoms to look out for. 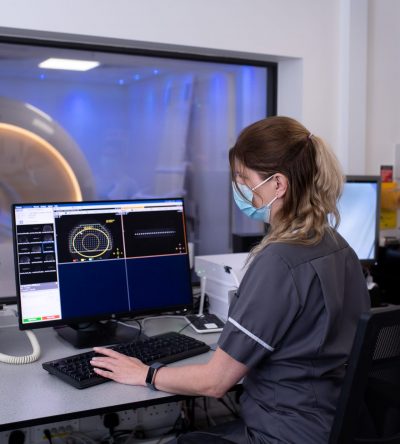 Womb cancer, also called uterine or endometrial cancer, is a relatively common form of gynaecological cancer that affects over 9,300 women every year. Of those, 2,400 women die of the disease every year – that’s six women every day – despite around 34% of cases being preventable due to lifestyle factors.

It’s thought that 70% of women will survive 10 years or more post-diagnosis, but early detection is vital.

The symptoms of womb cancer include (but are not limited to):

If you have any concerns or have noticed any of the above symptoms, make an appointment to see your GP.

Vulval cancer is rare, affecting 1,300 women every year in the UK. There are different types of vulval cancer, with the most common being squamous cell carcinoma (SCC) which makes up 90% of vulval cancer cases. This type of cancer usually occurs on the labia majora, but not always.

Vulval melanoma makes up 9% of all vulval cancers, and it typically affects women over the age of 50. Signs include a change in the colour/pigment of any part of the vulva, itching, pain, and bleeding.

Other rare types of vulval cancer include verrucous carcinoma, basal cell carcinoma, adenocarcinoma, Paget’s disease of the vulva, and sarcomas such as epithelioid sarcomas and rhabdomyosarcomas.

Vulval cancer usually develops over time, with non-cancerous changes in the vulva noticeable up to several years in advance of a diagnosis. If you notice any changes, seek medical advice from your GP.

Symptoms to look out for include:

Cervical cancer is usually caused by the human papillomavirus (HPV), a common group of viruses. In most cases, the body fights off the virus with no problems, but 12 strains have been linked to cervical cancer, with HPV 16 and HPV 18 accounting for 70% of all cervical cancer diagnoses.

HPV is easily transmitted through skin-to-skin contact and does not require intercourse to catch it. Girls ages 12 to 13 in the UK are offered an HPV vaccine and have been since 2008.

Even if you’ve had the HPV vaccine, and notice any of the above symptoms, speak to your GP.

If ovarian cancer is caught early, it can be treated and even cured, but there is a chance it could come back, in which case it’s usually not survivable. This means knowing the signs is even more important.

Common symptoms may include:

If you notice any of these symptoms, see your GP. It is likely not cancer, but it’s best to get it checked out to ensure a better outcome if the worst does happen.

Vaginal cancer is rare, with around 250 women diagnosed every year in the UK. Around 100 women die every year from it. It is most common in older women who have been through menopause, but it can affect young women, too.

Symptoms are similar to vulval cancer and may include:

These could also be symptoms of an infection, but if you experience any of these, see your GP. 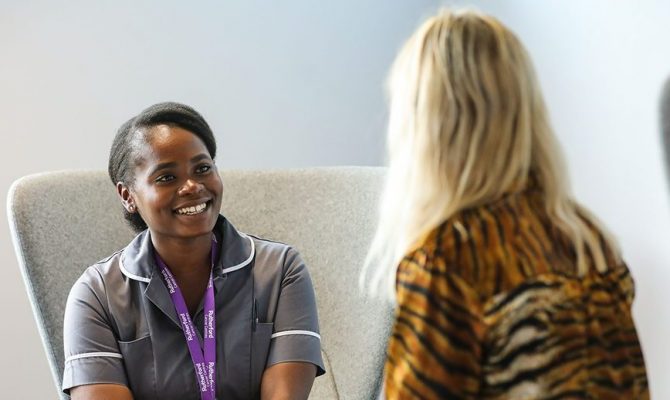 Any of the symptoms of the five types of gynaecological cancer could be signs of something else that isn’t as serious as cancer, but it’s important to see your GP. There is a high chance they will carry out tests on you. These could include:

At Rutherford Cancer Centres, we have some of the most up-to-date diagnostic equipment available which give results in a short time frame. If you go through the NHS, you will typically be referred within two weeks through a system known as the two-week wait. All UK healthcare providers are aware of the need to diagnose cancer early, so whatever route you take, you will be in good hands.

Treatment for gynaecological cancer can affect fertility. In some cases, fertility preservation treatment may be given to women of reproductive age who want to have children, but it’s not always possible. If a gynaecological cancer patient wants to have children but their cancer can’t be treated with fertility preservation, they may be referred to a fertility specialist who will discuss their options. This can include extracting and storing eggs.

A gynaecological cancer diagnosis doesn’t automatically mean a woman can’t have children naturally, although the conversation surrounding fertility does need to be had prior to treatment commencing.

There are a number of gynaecological cancer myths that many people believe, but they’re untrue. This Gynaecological Cancer Awareness Month, it’s important to debunk some of the myths surrounding this type of diagnosis.

The Covid-19 pandemic has had a significant impact on cancer services as a whole, including gynaecological cancer. This has seen delays to treatment or changes to treatment plans, including the frequency at which treatment is administered in order to minimise hospital visits.

Detecting and treating gynaecological cancer early is essential for a better patient outcome. If you have been diagnosed with cancer, our oncology care team will speak to you about any changes to your treatment plan, as well as how Covid-19 may impact any processes or procedures regarding your treatment and its delivery. Changes may be made to protect both you and your healthcare team from the risk of Covid. Depending on the treatment you’re undergoing, you may be immunocompromised, making it all the more important for additional safety steps to be taken.

If you notice any signs of gynaecological cancer, it’s important to speak to your GP and make an urgent appointment as soon as possible.

Being diagnosed with gynaecological cancer is devastating and can severely your mental wellbeing. Treatment, be it proton beam therapy, radiotherapy, chemotherapy or surgery, can also take its toll. Patients undergoing treatment at Rutherford Cancer Centres will be supported by their clinical team, but Macmillan is on hand to offer guidance, advice and support to cancer patients and their loved ones, too.

For information on gynaecological cancer diagnoses, treatment and support at Rutherford Cancer Centre, or to discuss a referral from your GP, please contact us.