BLOG: What is proton beam therapy? Who might benefit?

Home News & Events News BLOG: What is proton beam therapy? Who might benefit?

The development of a proton beam therapy centre involves a complex construction project lasting several years, culminating in a centre that has the latest technology and highly experienced clinical staff.

So, what’s all the fuss about? And why is proton beam therapy now a key part of the UK’s approach to combatting cancer? The answer to the second question was neatly summed up by the Department of Health and Social Care (DHSC) in 2012: 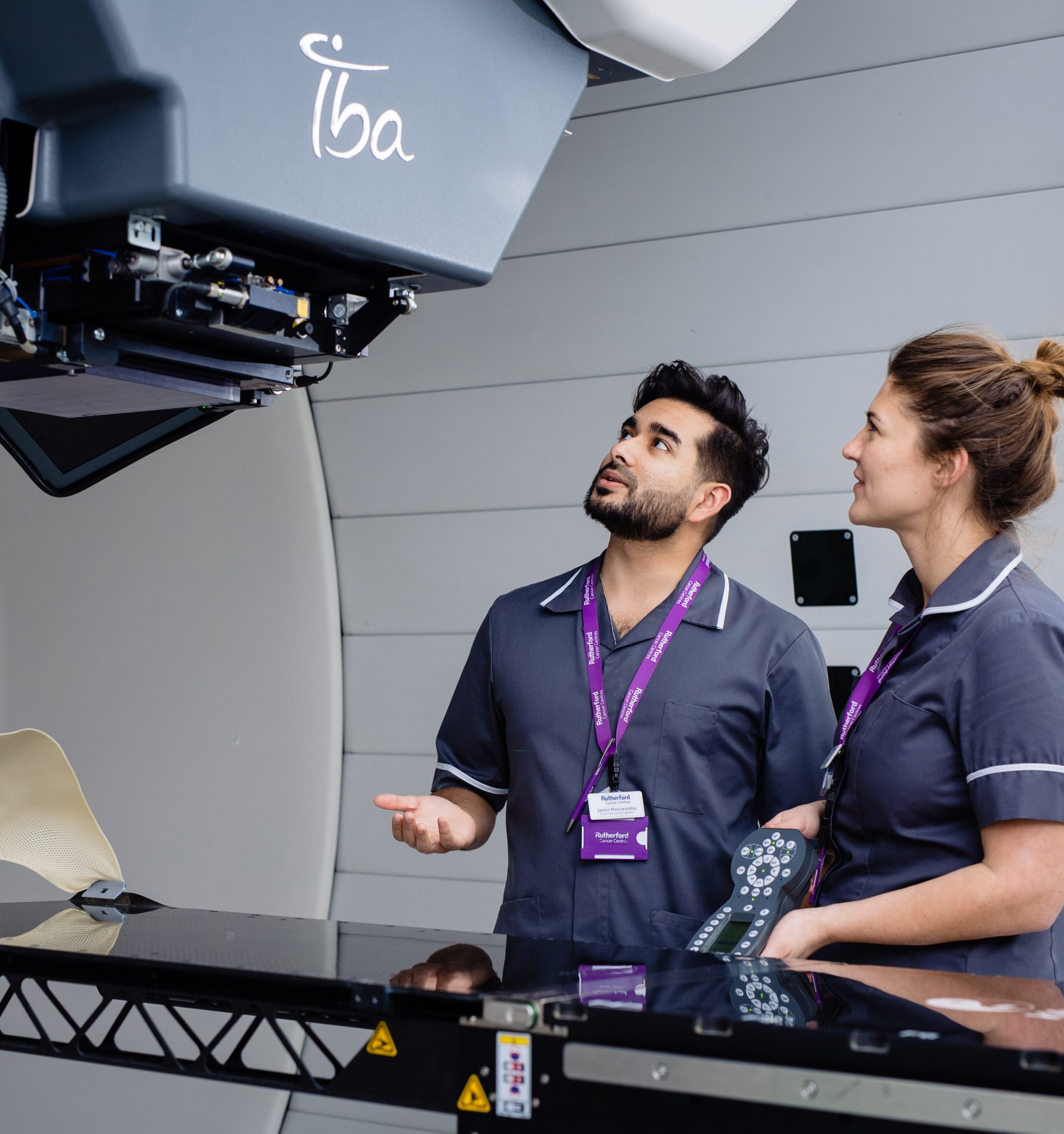 So, what is proton beam therapy?

Proton beam therapy is a technically advanced and targeted form of radiotherapy. It can be used as a stand-alone treatment or alongside other cancer treatments. For example, it can be given before surgery to reduce a tumour, or following surgery after a tumour has been removed, to destroy any remaining cancer cells.

What is particularly exciting about proton beam therapy is that it can be used to treat hard-to-reach cancers (like those near critical organs or structures). Proton beam therapy is delivered with great accuracy, and there is no ‘exit dose’ of radiation. The radiation targeted at a tumour stops at the tumour and typically goes no further. This means there’s a lower risk of experiencing the side effects usually associated with conventional radiotherapy which uses x-ray/photon technology. This makes it easier for patients to undertake the treatment, including those receiving combined chemotherapy and radiation therapy. And this, in turn, can also reduce the risk of secondary tumours occurring later on in life.

The accuracy of proton beam therapy also means that higher, safe doses of radiation can be used, shortening the treatment cycle and enabling patients to focus on their recovery sooner. Although proton beam therapy can be used to treat a range of cancers, as with conventional radiotherapy, side effects may occur. It is also not a treatment that is suitable for everyone, unfortunately. If your treatment doesn’t involve proton beam therapy, that doesn’t mean you’re being offered an inferior therapy. Each person is different, so your oncologist will consider all the facts about your cancer before advising you about the best way forward.

Proton beam therapy is not suitable for everyone and only certain cancers can be treated. These are typically tumours that are located near sensitive and important parts of the body, for example, the spine, base of the neck, or in the brain. Proton beam therapy is also considered particularly useful for treating these hard-to-reach cancers in children. That’s because it can reduce the side-effects that may affect them later in life following conventional radiotherapy. Proton beam therapy may be recommended for cancers including:

If you have any questions about proton beam therapy, please contact the team at the Rutherford Cancer Centres.